Check below for available streaming formats

AVAILABLE IN FOLLOWING FORMATS
click on an icon below

AVAILABLE IN
FOLLOWING FORMATS
click on an icon below

Returning justice to love represents the correction of the ego’s original injustice, which is the idea that we were unfairly treated by God and therefore justified in attacking and separating from Him. A thought system of sacrifice emerged, based upon separate and competing interests, forming the basis of the world’s concepts of injustice and justice. Justice became defined in the context of punishing unfairness or evil, judged to be in others and not in those administering the justice. Returning justice to love is choosing the Holy Spirit’s perception that we are all the same—guilty and innocent—and share a common interest of returning home to God. 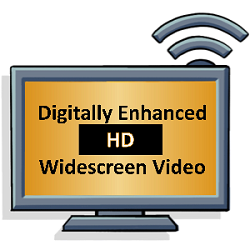 This title will be available in
Digitally Enhanced Widescreen format

This title will be available
in Digitally Enhanced
Widescreen format